Josh Cross started his career in post-production for stop motion films, working on projects in Hollywood with superstars such as producer Ron Howard, video producers Will Vinton and Brian Grazer, and actor/comedian Eddie Murphy, Richard Dreyfuss.

He enjoyed the work, he said, but wasn’t finding a lot of meaning or purpose in it. That’s when he moved to Utah to join the edtech company Imagine Learning. There, he started a video department that focused on telling stories about inequality in education. He and his team created over 8,000 videos for the product and in locations across the globe.

Josh didn’t know it at the time, but his career trajectory was far from over.

As he traveled for Imagine Learning, Josh noticed that he kept running into the same problem: no way to track all his devices, and keep them charged.

He lived with the problem for years, finding workarounds such as hooking into outlets behind couches in hotel lobbies. However, these ad-hoc solutions brought their own set of problems: namely, devices plugged into hidden outlets often got forgotten.

It didn’t take long for Josh to notice that many other people had the same problem. It was common to see people huddled around outlets in places like airports, and equally common for people to run out of juice and lose access to their technology in the field. The problem was painful, widespread and costly.

Josh started dreaming up solutions. Fairly quickly, he realized that all videographers — and travelers in general — had to carry bags. What if there was a power source that could power your device and locate your belongings anywhere in the world?

Josh didn’t have any entrepreneurial experience, but he knew someone who might be able to help: his friend and mentor Derrin Hill. Despite feeling a bit apprehensive, Josh pulled Derrin aside one evening after work. He showed off his early design, built from a simple power bank.

“It was probably more of an embarrassing conversation than a strategic one,” Josh admitted.

Derrin was thrilled with the idea, and Josh grew more and more confident.

In 2019, the Elios project won the 2019 CES innovation award. It was the first GPS and power bank ever, Josh said. Hundreds of people signed up to receive this specific power bank. For Josh, that was a sure sign that he was solving a real problem, and that there was a huge market willing to pay for his solution.

Soon, Josh was approached by the entrepreneurial pitch show Shark Tank. Because the product was not ready for market, he decided to decline the show’s offer, and got busy putting his idea into production.

If you have a portable problem, Elios may have the solution. Shop a selection of portable power products now at, https://www.myelios.com

During the early stages of production, Josh noticed that many other companies had jumped on the GPS tracker bandwagon. Before he knew it, some of them made it to market.

Storms were also brewing on the homefront in innovation and design. Every prototype the team tried was heavy and cumbersome. For travelers, that was unacceptable.

Josh and his team spent almost a year designing, creating and manufacturing the world’s first GPS tracker with a power source built in which could be easily moved from bag to bag.

Elios took off, and developed a line of portable power with GPS tracking. In 2017, it was recognized by CES (the Consumer Electronics Show) with an innovation award.

By years’ end, companies were taking notice. Currently, Elios is in beginning stages of sale or licensing negotiations with several large-scale companies that are interested in purchasing Elios's technology.

The Soul of a Startup

Josh Cross, Founder of Elios and Champion on the Road to Revenue

Josh is modest about his ideas, and unassuming in his demeanor. He doesn’t want to take too much credit, and is quick to point to one group of people he relied on every step of the way:

“My family is totally supportive,” he said. “There’s no way you can do this without them.”

Josh has since left the world of videography to work as an entrepreneur full time.

“How I feel about being an entrepreneur depends on the day,” he said. “Everybody dreams of having wild success from the start, but realistically, it’s a journey.”

He chuckled, adding that leading a startup is more work than he could have imagined.

Stay tuned to find out what’s next for Elios. 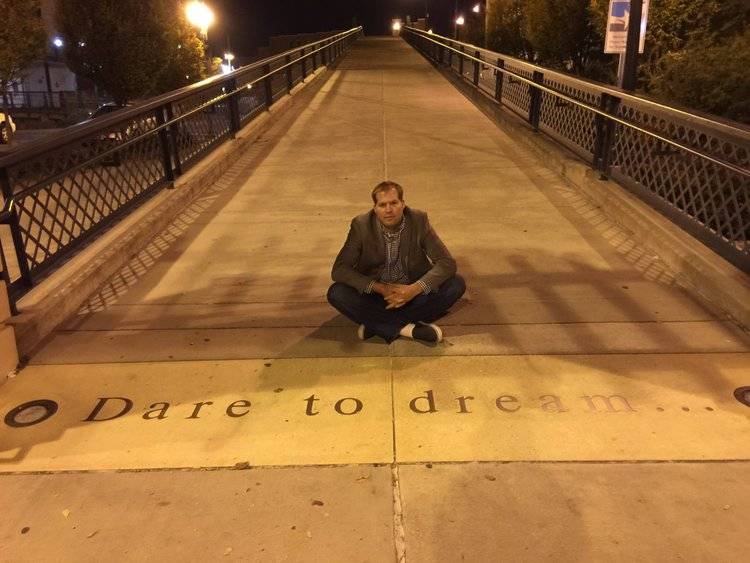